I was curious to see which nations are best represented in the NBA, and how many international players each NBA team has, so I looked up the data and created the following charts. 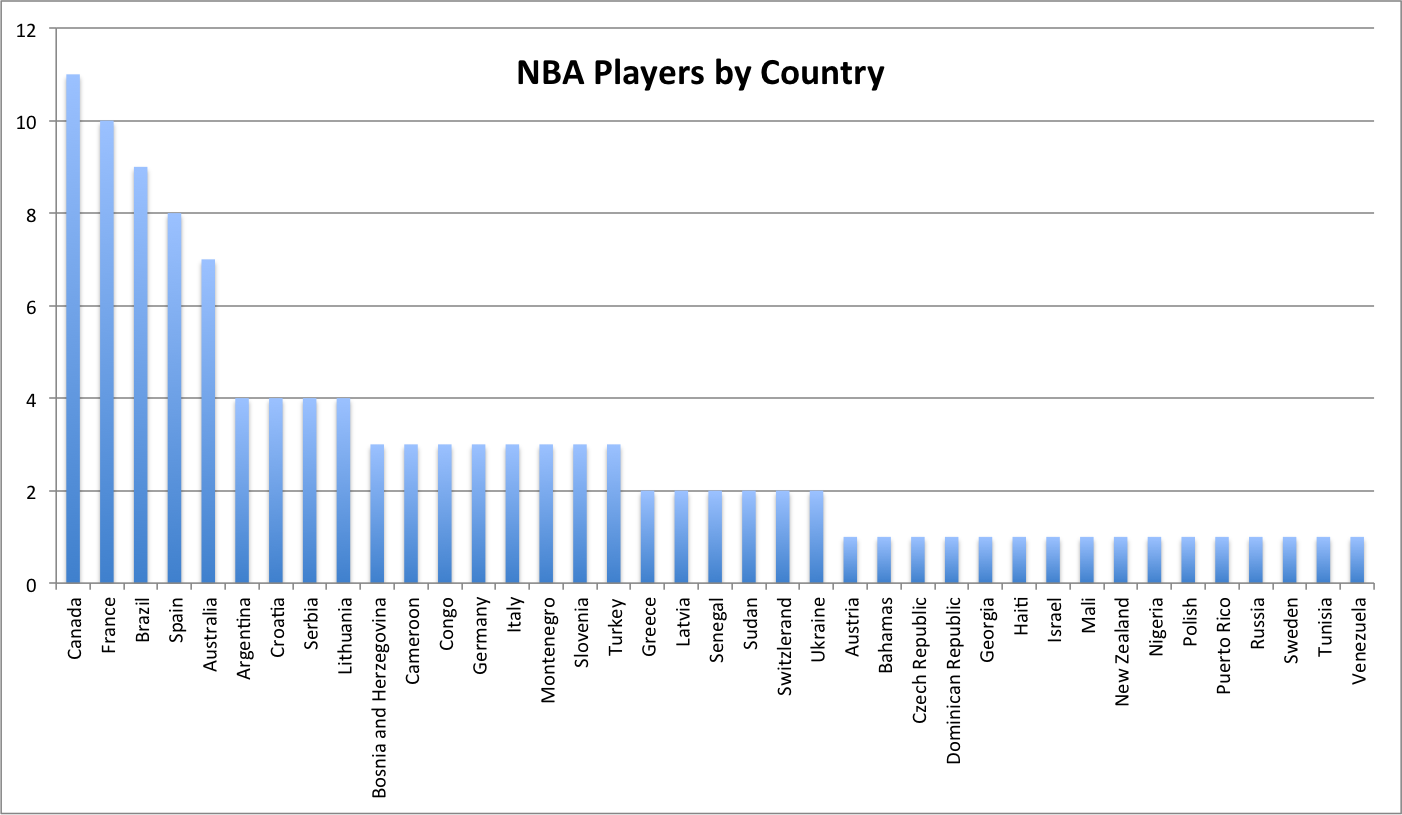 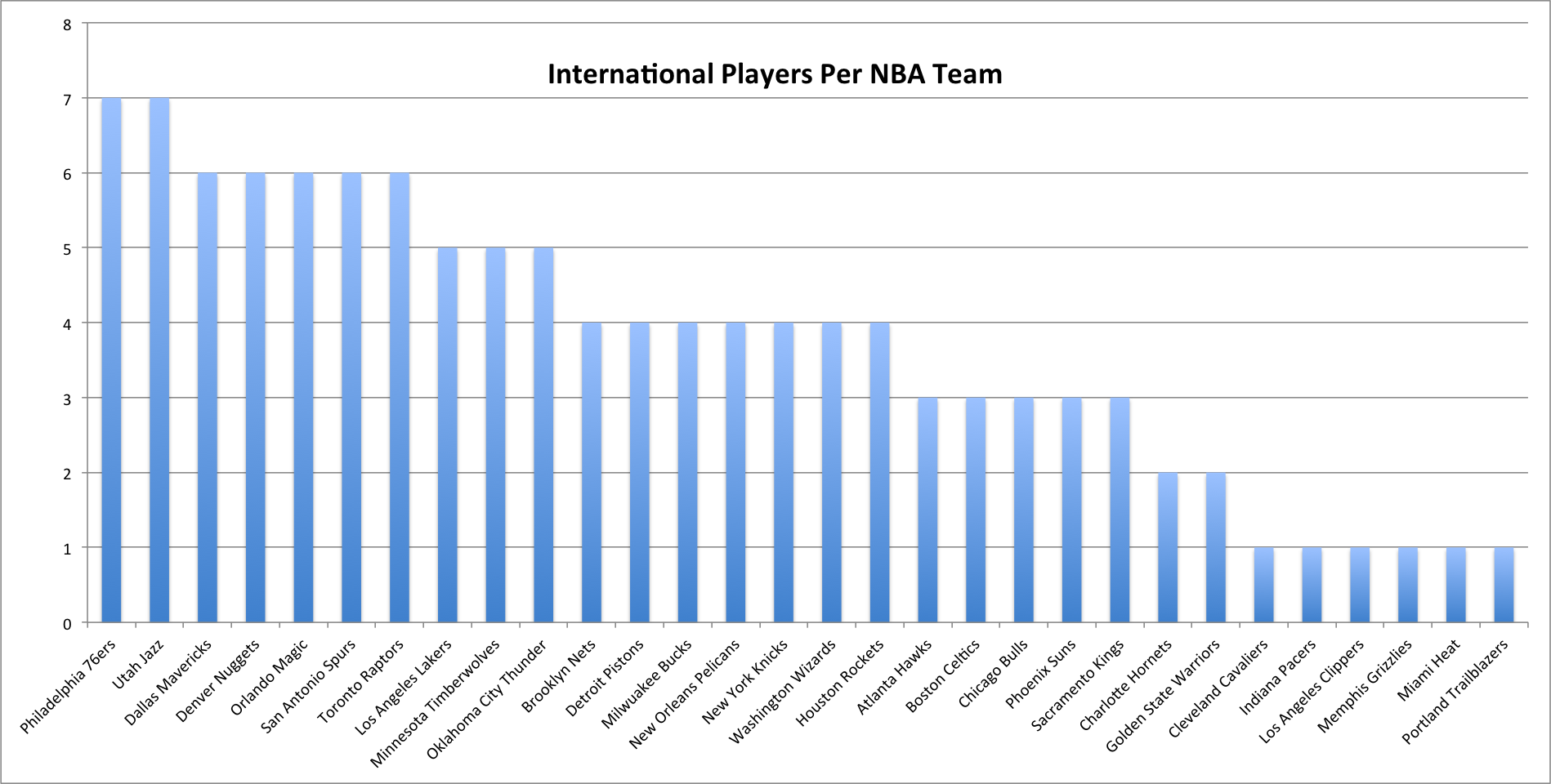 Some findings of note:

Canada has the most players in the NBA outside of the United States.

The median NBA team has 4 international players. This means that on average, NBA teams are roughly 1/3rd foreign.

There is no clear relationship between how diverse a city is, and how many international players they have.

Despite having so many NBA players, Canada’s national team is not that great. In contrast, Russia has a fantastic basketball program, yet only 1 NBA player.

Of the 11 NBA players who are from, and spent their formative years in Africa, Luc Mbah A Moute (at 6″8) is the only non big-man.